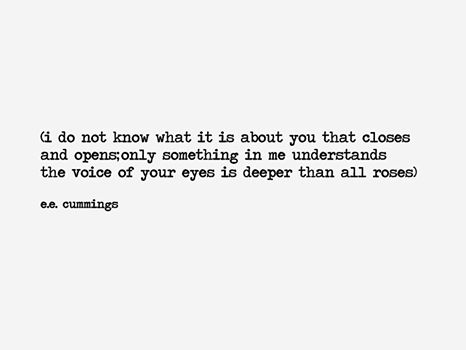 It was a day unlike Sunday, but it was Thursday. Everyone’s knees gathered the fumes of dandelions and coughed-up dreams. There was an unspoken incantation in the air because no one was blinking. Eyes did not grow dry nor weak from remaining open; instead, nothing was missed. Everything was seen– from the foil-tipped wings of a dove flying nearby to the drip of supper sauce in the corner of a pigeon’s mouth. The humans saw the weather shift from cold to colder. Hands held other hands, instead of handheld contraptions. Love was contagious because it was noticed; it was felt. There were roses popping up like blades of grass. Various sized petals and colors like ocean’s blue and sunflower yellow. The humans left the flowers alone, but watched them. Watched them get bigger or smaller or wilt or go wild. One human picked one. A flower which had yet to be named. It was not scientific, nor was it invited. But it smelled of two a.m. wake-up from current lover when pressed between fingers. It smelled of wheat grass and cloud juice. It remained alive long enough to last until eyes finally grew dehydrated and forced itself into a blink. Then, the open-close rotation continued and repeated until suddenly things went missing. Flowers became blurs of color and animals roamed without any more mention. It was just a day.