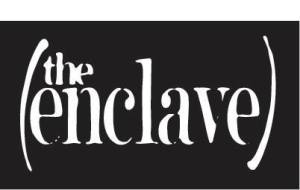 The Enclave Reading Series erupts back on the scene, opening their spring season with a doozy of a line-up. Novelist, legend, and all around bon vivant, FREDERIC TUTEN, reads from new work. The magnificent CHAVISA WOODS returns to the Enclave stage once more. And one of our favorite poets at the moment, AIMEE HERMAN will blow your mind. Don’t miss this one!

Find us at The Cake Shop located at 152 Ludlow Street, NYC from 5-7pm.

As always, the bar will be open, the lights will be dim, and admission is FREE!

FREDERIC TUTEN is the author of five novels: The Adventures of Mao on the Long March; Tintin in the New World; Tallien: A Brief Romance; Van Gogh’s Bad Café; The Green Hour; and a book of inter-related short stories: Self Portraits: Fictions. He has earned two Pushcart Prizes, a PhD in literature, a Guggenheim Fellowship and the Award for Distinguished Writing from the American Academy of Arts and Letters.

CHAVISA WOODS is the author of The Albino Album,”a novel, and Love Does Not Make Me Gentle or Kind. The Second Edition was released by Autonomedia Press under the Unbearables imprint in 2013. Woods was the recipient of the 2014 Cobalt Prize for fiction and was a finalist (second nomination) for the 2014 Lambda Literary The Brooklyn Rail, Cleaver Magazine, and Quaint. Woods was the recipient of the 2009 Jerome Foundation award for emerging authors.

AIMEE HERMAN is a Brooklyn-based poet and performance artist looking to disembowel the architecture of gender and what it means to queer the body. Find Aimee’s poems in Troubling the Line: Trans and Genderqueer Poetry and Poetics, in the full-length collection, to go without blinking, the recent chapbook, rooted, and in the full-length book of poems, meant to wake up feeling. Aimee is an adjunct professor at Bronx Community College and a faculty member with Poetry Teachers NYC.