Emotive Fruition is an inventive merge of poets and actors celebrating spoken word. I am excited to have a poem, “hide-n-seek” featured in the upcoming show celebrating loooooooooove poems.

LET LIGHTNING SET US ON FIRE is a live performance of poetry written by some of New York’s hottest poets and performed on stage by a cast of film and stage actors. This Valentine’s Day, snuggle up with some fiery poems about modern love that will surely get your heart going.

I am so excited to have two of my poems included in this great show. Emotive Fruition is a performance series where actors bring poems to life!

Doors open at 6:30pm and the performance begins at 7pm.

Tickets are $15 and may be purchased at http://www.caveat.nyc

Two of my poems will be featured in tonight’s show read by incredibly talented actors!

A live poetry event that celebrates
our lives, our bodies, our love. 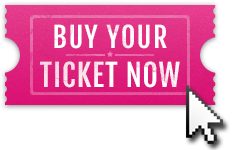 Lambda Literary believes Lesbian, Gay, Bisexual, Transgender and Queer literature is fundamental to the preservation of our culture, and that LGBTQ lives are affirmed when our stories are written, published and read.
Emotive Fruition is a downtown reading series that brings actors to the stage to interpret new page poetry written by New York poets.