I carry a bible in my pocket now. It fits inside fake leather dip of hiding space. On the subway, I sneak it between my palms and underline the language that makes my blood seep through the holes in my skin. When I drip, I take note. This has become my companion these days as I gather up bits of moon and shadow, and conversational outbursts with others. Love is found in these pages. No need for beds or hand holding anymore; in this bound collection, I have found what I am most in need of: challenged thought and deeper meanings.

My volume is a bit different. There is God mentioned, but less attached to religion and more saturated by the language of poetics. I call it my bible, but it calls itself: Letters to a Young Poet by Rainer Maria Rilke. Sixteen years ago, a teacher of mine gave it to me and I have carried it from home to home in various states and mindsets. What led me to reopen this book and sew it to my body in this way is what I think might lead others to attend to their own searches. Seven years ago, I fell against pavement and received nine stitches among other medical help. One month ago, I fell in a different way and this book is my cane. For now.

I am not sure the moment I started calling myself an atheist. Several events could have led me there, but I believe it became solidified when I couldn’t find meaning to the parts of me stained and scarred by these happenings. I just stopped believing. Though as I look back, I still had/have my beliefs. I believe in magic and found it in humans and love affairs and at the tops of mountains and in cabins. I believe in poetry and the essence of its healing powers.

This is probably what led me to house this particular “bible” in my pocket.

Rilke writes, “…ask yourself…whether you have really lost God. Isn’t it much truer to say that you have never yet possessed him? Why don’t you think of him as the one who is coming, who has been approaching from all eternity, the one who will someday arrive, the ultimate fruit of a tree whose leaves we are? Don’t you see how everything that happens is again and again a beginning, and couldn’t it be His beginning, since, in itself, starting is always so beautiful.”

All of this doesn’t have to be an end to something. That period at the end of the sentence could be its beginning. The loss of another could be the beginning of something so much deeper.

Yesterday, I was thinking about pronouns and how we are given a name at birth and a pronoun attached to it, but what if it doesn’t fit? So we make our own versions of what we need and what we are. This pertains to my atheism or what I thought my spiritual (non)belief was called. Perhaps I was never one. Perhaps there is something in between belief and non. Like: betweeniest.

My mind is not set. Even at this age, it changes. Sometimes, it falls apart and I have to reshape it. This can be exhausting; however, it offers me a chance to rummage through the parts of myself I so often neglect. We do this sometimes.

And that’s kind of accurate….we linger. We loiter. We endure. And to fill in all the gaps and breaths of silence, we question.

You followed me home last night, which was more like the early morning, pounding yourself into me.

You are raged and runny, leaking your expired rust throughout my cerebral cortex.

I am phonophobic now, but how can I dance? Earlier, a disco ball’d Poet with red smile, length of the longest river all curled around her face, pressed her body to mine and you, you needed to trigger my skull with pounding. Are you jealous?

You are thrusting screams into my euphoric belly. You promised you promised you’d remain in my mind, slur my sight, but never sweat into my limbs.

Are you genetic? Are you persistent? Will you find me once again today? In interview? In creative circle where words are gathered like bouquet of performances?

Do I need to file a restraining order, migraine? Do I? 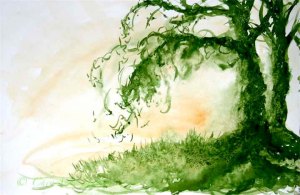 To find out what was really there, look in the background. People will always smile for photographs but teeth are just a costume covering the cavities and undetected craters of sickness.

How to walk away from documentation when words never run out of film or flash and isn’t this just hypocrisy?

I actually don’t need you to tell me you are sick. I can feel it each time you lean your hips into me. You don’t have to announce your sighs. I’ve turned you up like a radio; go ahead, static.

Is there a world which exists off this grid of electric wiring and photographic bragging?

I’ve turn this body into a machine. Aren’t all bodies machines. With coils and metal and marks and breaking and instructional manuals.

Place suffix firmly against…against….against anything in need of a derivative.

Send me a map. Go on. Cut it up like Burroughs did. Hand it back to me and calculate when my lost will arrive. Then wait for me to appear.